Massachusetts’ soil is suitable for growing trees and shrubs since it is dense and has a moderate drainage rate. Adding organic matter and fertilizer to less-viable Massachusetts soil is an intelligent approach to ensure your trees can grow to their maximum potential.

There are several different types of evergreen trees in Massachusetts. These trees are crucial because they make the landscape of Massachusetts more beautiful and give animals environment where they can thrive.

You will undoubtedly see these evergreens if you spend any time in Massachusetts. Let's look at the varieties you are most likely to encounter, making it easier to pick which ones you want for your next landscaping project.

14 Evergreen to Grow in Massachusetts

A range of experiences is available for any nature enthusiast in Massachusetts thanks to the state's different ecosystems, which include lakes, rivers, swamps, valleys, mountains, and hundreds of miles of forests. More than 60% of the state is covered by woods, which are home to various trees, including birch, ash, eastern white pine, and hemlock. 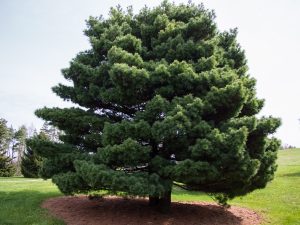 The eastern white pine is a tall, slender tree that can reach 80 feet. Long needles on this tree measure nearly five inches long. A significant tree, the eastern white pine, produces lumber for building and other wood products. Massachusetts has a lot of Eastern White Pine, notably in the Berkshires.

Since some white pine species can reach heights of 50 to 80 feet and widths of 20 to 40 feet, this evergreen requires a lot of space. However, columnar kinds also have a maximum height and width of 20 feet and 14 feet, respectively, making them ideal for screens in smaller yards. Fast-growing white pines have smooth, billowy textures that are a welcome change from the rigid appearance of many other evergreens. The trees are self-mulching due to the blue-green needles, which are appealing all year round, and occasionally drop part of them to the ground. 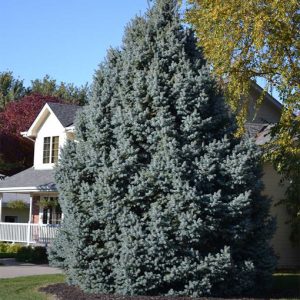 The blue spruce is a coniferous evergreen tree with a height of up to 80 feet. This Massachusetts evergreen's bluish-colored, one- to three-inch-long needles are distinctive. This evergreen tree has a robust and erect structure and occasionally seems more blue than green. 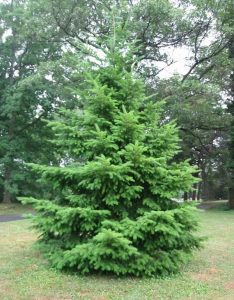 Plant douglas fir for its majestic, spire-like shape that evergreen fans adore. It looks lovely massed as a screen in an evergreen landscape, even though it's frequently used as a lone tree. Although the douglas fir doesn't appreciate hot, dry winds, it thrives in soil wetness and atmospheric moisture environments. Depending on the source of the tree's seeds, its color might vary, with blue-green varieties being the most beautiful and robust. 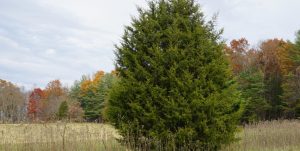 Eastern red cedars are so adaptable that they grow on dry, rocky hillsides and at the edges of wetlands. They also do well as windbreaks in rural areas and as city screens. Rich green foliage that becomes fiery brown-green in the winter can be found on this heavily branching juniper. 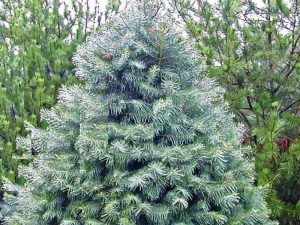 Like white pine, Concolor fir may grow in various environments. It is also known as white fir and does well in hot, dry climates and in the cold of winter, but it thrives on consistently moist soil and has adequate drainage. The common name is due to the white gloss on the blue-gray needles. Concolor fir serves as a specimen to obscure a view or paired with other trees in evergreen landscaping due to its distinctive needles, appealing conical shape, and tiered branches. 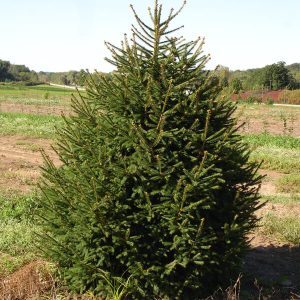 The Norway spruce stands out among other evergreens because it has the pyramidal structure many conifers have. Still, the stems can hang down gently because the horizontal branches extend upward. The result is stunning and unusual. Although Norway spruce can reach heights of 50 to 60 feet and widths of 25 to 30 feet, popular cultivars are often on the smaller side. 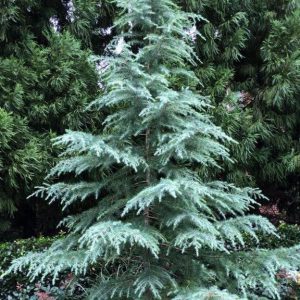 Deodar cedar, one of the few real cedars, is highly versatile, grows quickly, and has dense branching when young. It produces a remarkable solo tree with blue-green needles and graceful, gently weeping branches that grow more artistic with age. It is ideal for a screen or as part of an evergreen landscape. 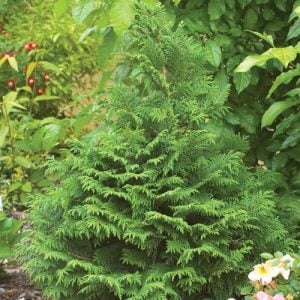 False cypress is a valuable addition to your winter garden, and it comes in a wide range of kinds with various colors and shapes. It should come as no surprise that it's great for increasing privacy. Some cultivars of false cypress can be pruned like a hedge, while others can grow as fluffy, deformed, or twisted as they see fit. Blue-gray to golden-green are the available hues. 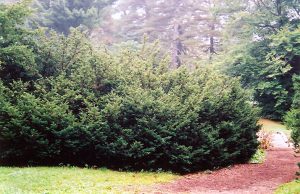 Some old yew specimens, known as the "tree of immortality," have lived for thousands of years. Yews are frequently utilized as foundation plantings and hedges in evergreen landscaping. The yew trees' vibrant red berries and dark green leaves make for a welcoming sight in the winter. Birds also appreciate the yews' shelter. 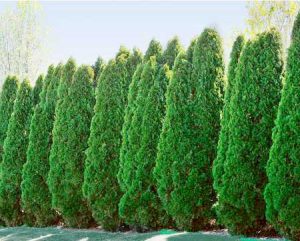 American arborvitae sometimes referred to as eastern arborvitae, is the go-to evergreen for fencing because of its long lifespan. The most common types reach maturity at a significantly shorter height than in the wild, maturing at 10 to 15 feet, which makes them ideal for year-round privacy in evergreen landscaping. Although American arborvitae is resilient and adaptive, deer browsing is its central issue. 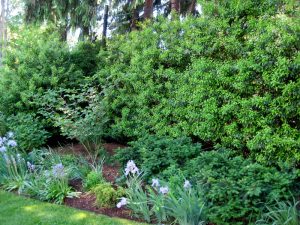 A 20-foot-tall evergreen native to Massachusetts, Longstalk holly. Its leaves are lustrous and dark green, and its berries are scarlet. The long, sagging stems of this tree make it easy to identify. 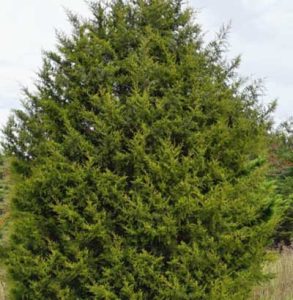 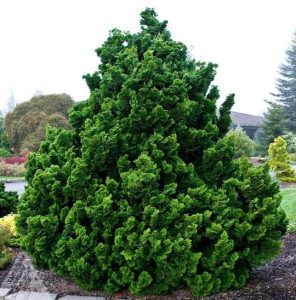 The evergreen Hinoki False Cypress can reach heights of 20 feet. Its bark is reddish brown, and sports flattened sprays of yellow-green leaves. This tree can be recognized by its small cones and compact, dense shape. 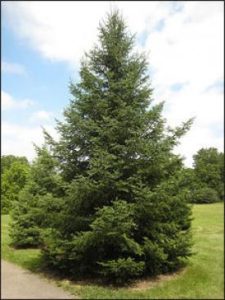 Small evergreen Balsam Fir can reach heights of 50 feet and is native to Massachusetts. This evergreen has symmetrical branches and small, dark green needles. The fragrant resin this tree produces is called "balsam" in its name.

The climate in Massachusetts is humid continental, with hot, humid summers and chilly, snowy winters. It also receives a lot of precipitation. Massachusetts' woodlands are already feeling the effects of climate change: more severe weather patterns kill trees, and a warmer environment makes forests more vulnerable to invading parasites like the gypsy moth.

The Eastern White Pine and Red Maple are the most prevalent in total volume and number of trees, respectively, with about 82 species discovered in these forests. We have selected 17 of the most prevalent trees in Massachusetts for this post. Let's go into more depth about each of them.

1. What trees grow the fastest in Massachusetts?

One of the trees in Massachusetts that grows the fastest is the oak tree. It only takes a few short years for it to shade your yard and can reach a height of up to 80 feet.

2. What is the most popular tree in Massachusetts?

3. What growing zone is Massachusetts?